By the time I had thrown caution to the wind and fully dedicated myself to the weights, I was eighteen years old. Putting the heartache and head trip of traditional athletics behind me, it was a liberating process to, in many ways, start fresh. As mind-blowing as it is, that slate was wiped clean twenty years ago now. Two decades blown by, in the blink of an eye. And as I sit here and reflect on those 240 months, I realize that I never really looked back. I was too busy pushing forward.

Those first years especially, I was ingesting everything I could from Flex Magazine and a special Arnold Schwarzenegger issue of MuscleMag that I read voraciously cover to cover, devouring every word. It was from that enthusiastic study that I developed my method of training that has endured over the years. Typically a training split that hit each bodypart thoroughly, at least once per week, sometimes with extra sessions thrown in when time allowed or desire dictated—generally with equal parts emphasis on getting big and growing strong. The split that most who know me well know, looks like this—Monday: Arms, Tuesday: Delts, Wednesday: Back, Thursday: Legs, Friday: Chest. 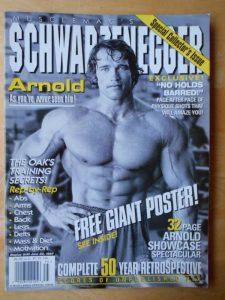 As I’ve always said, it is the consistent investment in self, in small, almost imperceptible sums, that adds up over time. Doing a little bit, and then a little bit more, at regular intervals. Alone, in the shadows when no one is watching, or even cares enough to pay attention. It isn’t flashy or newsworthy. It is simply the repetition of positive behavior until such excellence becomes a habit… Engrained in your routine. This was my approach to training since day one. Keep showing up. Believe in yourself. Make a genuine effort. Don’t miss a day. This philosophy extended to every aspect of my life.

Funny thing about when you keep showing up and don’t miss a day for long enough, over time, it all piles up. And if you spend a little time with the math, it can be staggering. It is safe to say that I’ve done at least one session per bodypart per week, every week for twenty years. That’s 52 arm, shoulder, back, leg and chest workouts per year times twenty. Or 1040 workouts for each over a twenty-year span. Something in the range of 5200 bouts with the iron total… And that’s the bare minimum. A conservative figure for the purposes of demonstration.

What that yielded, was not an Olympia-caliber physique or a magazine cover. But instead a framework upon which to build my entire adult life. Daily discipline. Regular accountability. Quiet moments of reflection and introspection. Constant personal investment. The myriad benefits of exercise and the accrual of strength. The therapeutic impact on mood and emotions. Learning from elders, mentoring newcomers. Stimulation of the creative intellect via the euphoric cascade of caffeine and endorphins. So much of who I am and what I’ve become, who I’m not and what I’m striving to be—body, mind and soul, I owe to those 5200 or so hours spent with the weights.

I think, often those who live this lifestyle are wrongly characterized as vain and shallow. Fake tans and shaved limbs aside, there’s way more below the façade. Beneath the surface there is dedication and will, pain and perseverance… Character not found in common quarters. The weights make you strong, in a hundred ways that have nothing to do with big muscles. They make heroes of average joes in ways that have nothing to do with capes and comic books.

The quasi-clever title of this article is an obvious Kubrick reference. But I’d rather focus on the word “odyssey” for its literary connotations. On one dude from Jersey’s epic journey, there have been many ups and downs—high roads taken with dignity and shit shoveled out of duty. And all along the way, there were the weights. For more than half of my earthly existence, I have paid my daily tithe to the cold iron. And for those 5200 hours of toil. I have been repaid a bountiful wage. One worth more than mere money could ever be. 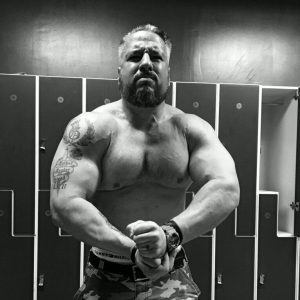