“It’s a joke. How are they going to compete in this industry, with all these multimillion dollar companies? It is a pipe dream. Who does he think he is?” -Unknown

In 2017, there is tremendous social cache attached to the concept of “humility”. Social media memes and Instagram captions espouse this virtue countless times daily. Either a veiled attempt to imply an elite lifestyle that you don’t take too seriously as it is now so seemingly commonplace. Or an allusion to the fact that you haven’t allowed your perceived success to change you. The peasants are to be awestruck at how any person so exalted, can at the same time be so #blessed yet so #humble.

Funny thing is, I’ve found true humility not only to be commendable, but rare. The truth is, many of us have no choice but to be humble, for a couple obvious reasons.

One, your circumstances often necessitate humility. I don’t know the first thing about silver spoons and trust funds. An oak tree who grew out of a crack in the blacktop where an acorn once fell, I’m the product of real people and real places. Salt-of-the-Earth with saltwater in my lungs. Entitled to nothing. Guaranteed less. What would be gained, would be taken by force. Only by my own hand would anyone ever come to know my name. Those were the rules of the game since the jump. Dudes like me were made abundantly aware of where we really stood on the social pecking order. You were born not ready for prime time… Until you got your ratings up, player. 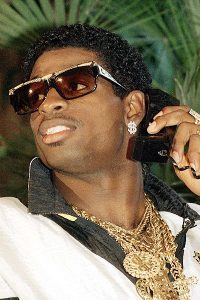 Secondarily, no matter how rocky the soil from which your roots originate, the bigger your dreams, the more pause you should be given by how much of a longshot you are… How much work will be demanded of you… How far you must travel in the pursuit of your destiny. I have always been kept in check by the sheer magnitude of my ambitions. Staying humble is easy when you simply can’t afford any laurels upon which to rest. In this way, true humility is a privilege that must be earned.

My argument has long been that life has an incredible ability to humble you, without any extra help on your end. You are one of more than one hundred billion people who have ever lived, spinning at one thousand miles an hour on an orb that is twenty-four thousand miles around, suspended in the middle of the infinite darkness of the cosmos. The odds of your ancestors reproducing successfully for long enough to maintain your lineage allowing you to be born are one in four hundred quadrillion. So, of course small-minded critics will shit on your aspirations. Of course pin-dicked pussies will throw shade on your name while your back is turned… You shouldn’t even be here in the first place. So if it is all the same, as I see it, you might as well be a king. 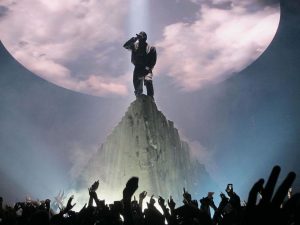 “I’ve been working on this thing they’ve told me about. Humble, humble-ness, humility… I don’t like it. It doesn’t feel natural. But I hear it works for a lot of celebrities and brings them a long way when they act like they don’t deserve things.” -Kanye West

Life will bring you to your knees if you let it. And many who smile to your face will kick you once you fall. There’s no reason to be so meek and timid that you marginalize yourself further than the world already has. Instead, I say, be your own biggest fan.

On the darkest days of my life, I have been in my own ear, rooting myself on… Standing defiant to the tide of popular opinion or the chatter of those who’d prefer I fail. Like any other part of my persona, I developed my confidence by weaponizing it as a tool to be wielded with skill. If you check the numbers on the board, I’m nobody from nowhere. But every fiber of my being has been embedded by ambition that doesn’t grow on trees. And my life has been a mission to prove that I’m more than just a number. I’m over here working on being something they said I could never be. Believing the entire time that it would be so. Intent on earning the luxury to one day be humble.