Stand Up. Speak Up.

If I keep it one hundred, I’m the product of small towns. I’m not from Scranton. I’m from Dunmore. I didn’t move to Atlantic City, I moved to Brigantine. I didn’t live in Philly, I lived in Manayunk. But what Ma Dukes made sure of, was that my attitudes and perspectives were not confined by the city limits. My Pops made damn sure that my horizons were broader and brighter. Regardless of where I was from, my mind wasn’t to be small like my town. Small-mindedness was a mortal sin of the highest order in my home.

To be small-minded was to eschew knowledge and understanding. To turn your back on worldliness and wisdom. There was no way to be a great man, and to be small-minded. The morals, the values, the intellect, the experience and sophistication, that were native to the most impressive and accomplished among us… The most decent and righteous of our neighbors, were nowhere to be found in the dark places where tiny minds reside. A frequent and obvious illustration of the ignorance of small-minded worldviews were in matters of race. And just as the great man couldn’t be small-minded, a good person couldn’t be a racist.

In my time on this planet, I have never abided discrimination. It always ran entirely contrary to everything I had been taught about right and wrong in my formative years. At home. At school. At church. As I saw things, it was the epitome of the small-minded, small town view of the world. Racism was a fundamental rejection of all that I saw as righteous and noble. In how I lived, how I spoke, how I treated others, I sought to fight such prejudice every day.

Beyond the assault on basic human decency, there are myriad reasons why racism always bothered me. First, I saw it as one of the most basic fears—that of the unknown. To shun that which is different than yourself—culturally or physically, presents a sheltered viewpoint not befitting a developed mind. And is an obvious impediment to any real growth and progress. The diversity of our world is what makes it so great. Recognizing our differences and our mutual appreciation of what makes us distinct and unique, helps break down the barriers… Ultimately displaying all the ways that really matter in which we are the same.

Growing up in the eighties and the nineties, I had too many influential voices, beyond those that resided within the walls of my home, presenting viewpoints to open eyes. I owe a tremendous debt to Chuck D, KRS-ONE, Rakim, Tribe and a thousand other groups and artists. It would not be a lie for me to say that I have listened to rap music every day of my life for the last thirty years. Such powerful black artistic expression providing the soundtrack to my youth impacted every aspect of my life for the better, and continues to do so, to this very day. Public Enemy raised me. 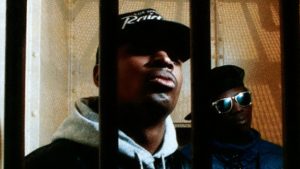 Next to Frank and Christine, my Aunt AMS and my grandmother, no one and nothing had as great an influence on my development as hip-hop. How could a person with such respect and reverence for this new and fundamentally American art form discriminate against the culture from which it springs? The same could be said for mainstream professional athletics… With Sir Charles on my back, Mike on my feet, Deion and Bo on my walls and LL in my ears, how the fuck could I justify racism in my world without being the very embodiment of hypocrisy?

My folks also deserve credit for wiring me in another way. I was taught to always consider the plight and position of people less fortunate than myself. I was raised to stick up for the underdog. The Latin inscription on my Pops’ Army gear read “Free The Oppressed”. That simple, profound ethos made a powerful impression on me, helping to form my world view. The world, as I came to understand it, was divided into predators, prey and protectors. Who I would grow to be was never in question or up for debate. It was equally obvious that often folks are simply born into one category or another, through little fault or facility of their own. To break free of these destructive cycles of circumstance often takes desperate measures. And few are so strong to do so alone.

The running mates of my youth helped further drive the lessons of empathy and inclusion home. The South End of Brigantine was a working class melting pot. I played ball, broke bread, spilled blood and laughed til I cried with kids of every background… Italian, Irish, Dominican, Puerto Rican, African-American, Asian, and everything in between. Black, white or brown, we were all boxed out of our piece of the pie by the same forces. Looking at the shining lights of AC in between the empty multimillion-dollar summer mansions on Brigantine Bay, a few hundred yards from some of the roughest housing projects in America, we were caught in the vast grey expanse in between those who have everything and those who were barely getting by. We didn’t have it all. But we had what we needed. And we knew so many, so close, had it far worse. The concept of equality was taught by example, obvious in the colorblind hospitality of my parents. If you were my friend, you were my family, and all were welcome in my home. That all were accepted there, rejected the subtle bigotry that often permeated the houses of my peers. I owe my folks a debt I could never repay for all they provided me growing up, but the greatest gift of all was the “exemplary status of noble action” in their consistent display of basic decency and humanity.

In snarky moments of crude cynicism, I’d often opine that all we–the more enlightened among us, were waiting for, was for these antiquated modes of thinking to die off. Sort of like hoping the pestilence of a plague would run its course before it kills us all. Or that perhaps we’d overcome racism by slowly fucking our way to a collective shade of indistinguishable beige, eradicating intolerance through rampant reproduction. But in my advancing age I realized that the only way to inoculate those we love against this viral ignorance, is for the strong to stand up. To speak up. To care when it is inconvenient. To teach what is right to the next generation, in word and deed. To not whitewash the dreadful black spray-paint scrawl of prejudice that is the cowardly vandalism that violates us all. But instead to look at the ugliness. To call it for what it is. And to never stand for it in our times. Instead dedicating our lives to shining the boldest bright light where darkness once ruled.