The Weights: A Love Story, Part. 2

Self-actualization aka “willing yourself to greatness by relentlessly paying dues”, was the religious belief with which my father indoctrinated me as a young man, divinely setting my soul on fire. This would be my faith and vocation for all of my days. And initially, all of that energy and focus would be channeled into handling the rock on the Brigantine blacktop. But traditional team sports, as I learned over the years, were dependent on too many factors beyond my control—coaches, teammates, timing. It wasn’t enough to be good and get better. Working on my game was only a piece of the puzzle. The heartbreak of hoops had me yearning for more, well before I had cast aside those specific athletic aspirations. What was missing I had found. In the weights.

That grey plastic weight set would become the centerpiece of the third-floor condo bedroom on Seahorse Lane. But it was incomplete. I needed a bench. My boy Hemmy had a Bowflex in his basement that he had dismantled in a fit of Macgyverism, and I managed to talk him into giving me the bench portion sans the center console. Doing my own rigging, I propped up the back end on the seat of a pleather office chair from the seventies that I had acquired from my Aunt AMS. It had arm rests on each side, which served perfectly as upright supports on which to rest the bar. Where there’s a will, there’s a way, as they say. And with the benevolence of a couple supportive people in my inner circle combined with some hard-headed ingenuity, I had effectively set up my own gym in my bedroom. It wasn’t pretty. But it was beautiful.

With the weights, my father’s rhetoric came into the sharpest focus. I would literally get out what I put in… With no one to blame or thank or depend on for my progress, but me. It was intensely personal and meditative—a daily investment in myself. I would disappear to my bedroom for hours at a time. With “Illmatic” or “Enter the 36 Chambers” or “Bacdafucup” pumping through my speakers, I would train alone. I would transform myself with each rep, changing my body and mind with each set. I was building something that was my vision, completely within my control. That part of the process spoke to me profoundly. It was about the slow and gradual accumulation of effort, eventually amounting to something substantial… The same exact method I applied to every aspiration by which I became enthralled for the rest of my life.

Everything about it spoke to me. I’d make these blenders full of my own homemade gainer–bananas, skim milk, vanilla ice cream and raw eggs. I bought my first supplement at GNC. MLO Mus-L-Blast 2000. I cut out the junk food. I doubled up on the vitamins that Ma Dukes always had stocked in the cupboard. Each small element, another tile in a massive mosaic. What would come to be, was entirely up to me. And there’s was no end to my commitment, so as I have always seen it, anything was possible. 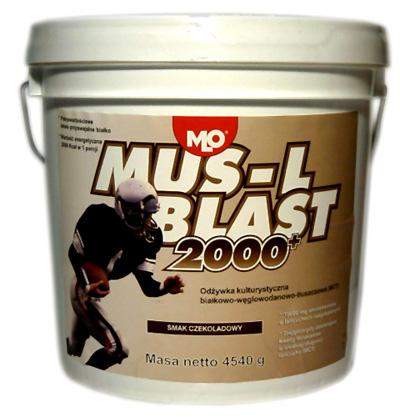 Still seeing my life through the lens of a ballplayer, I was forever searching for implements and ideas I could use to improve. One, that seemed so obvious and necessary at that point, was my Strength Shoes. Talking my Aunt Donna into buying them for me for Christmas 1992, I had something new in the arsenal with which to do shit other people weren’t willing to do. Partially because they looked somewhat ridiculous. Partially because if used properly, in the midst of being highly effective, they fucked you up. Because of course, my distaste for moderation kept me from simply sticking to their program. I had to modify it and make it my own. By running distance in them (leaving me so sore my buddy had to carry my books to class for me, as I had to lean on the lockers as I walked down the Holy Spirit hallway) or playing against my boys two-on-one in them, handicapping my game twice (and still winning). Give me a tool, I will figure out a way to use it in a manner no one else has, and I will make it my own.

This was my very private process for about 18 months. And it was transformative. The iron bug had bitten me and burrowed into my dermis. Alone with these meager weights, these silly training shoes, this angry, anti-establishment music, I was becoming something… My fuller, more complete self. One rep, one set, one blenderful of shake at a time. I was literally GAINING. Bigger. Faster. Stronger. By the hour. And then, for my fifteenth birthday, my mother bought me a gift certificate for a six week membership to the Brigantine Fitness Center.