As I sit in a crowded and sweltering Newark Airport Terminal A, it is 72 degrees outside on March 1st, and easily twenty degrees hotter inside. My flight to Columbus was set to depart at 6:45pm. It is now delayed until 9:45pm. I’ve been up since 5:30am when I had my alarm set to train arms in my basement gym. I am sweaty, hungry, tired, thirsty and generally annoyed. Yet underneath it all, I am ecstatic. 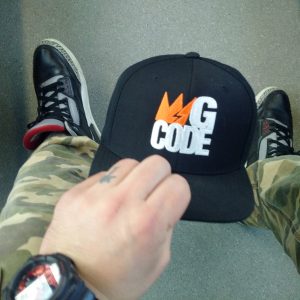 It is the thirteenth straight year I will be making the voyage to Columbus, Ohio for my annual obligatory pilgrimage to the Arnold Classic. But for the first time ever, for all real intents and purposes, I will be the captain of my own ship.

With every trip, I felt conflicted and mixed emotions. Initially, I was a twenty-five-year-old freelancing meathead, wide-eyed and just happy to be invited to the party. But over time, as I further came more aware of my ability and more confident with my tools—as I came to more intimately understand my dreams, simply being invited to the party became less and less fulfilling, I found myself using the cramped, two-hour coach ride to and from C-Bus, as an opportunity to therapeutically vent—channeling frustration and disappointment into my craft. Getting jacked up on coffee and diet coke and pumping out a thousand words dripping with aspiration and defiance. It was a ritual—almost spiritual. This ninety-minute flight was mine, as I saw it. No one owned me. 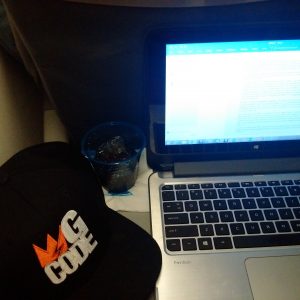 At times in my life, when especially challenged or motivated, I would come to the sobering understanding that it was only I who could change my circumstances and those of my loved ones. It was up to me, my destiny was in my hands. It wouldn’t be enough to use my skills to get a paycheck to make ends meet. I’d have to use my gifts to transform my existence in this world. Quite simply, I would write my way to a better life.

As I type these words, I stand on the precipice of a new reality. Unsure. Uncertain. Far from guaranteed. But in my calloused hands rests possibility. Hope. A path to opportunity lays before me. Autonomy is within my reach. And it is incredible. Having reached this point alone is a testament to what is possible when fate is met head-on with the unrelenting will of a determined man. But it is also clear, that all the many, storied dues paid to this point are merely prologue. And that the real work begins now.

This afternoon I loaded almost all of the contents of the first GCode Nutrition booth from my garage into a rented black Dodge Caravan. Two of my best and oldest friends will drive 550 miles from South Jersey to Columbus to deliver the goods and then work by my side all weekend for free. I quit what was one of the most coveted jobs in the industry. I spent money I shouldn’t. Dedicated late nights and early mornings most wouldn’t, just to deliver myself to this place, to have this moment.

So forgive me if nothing about this process seems all that “lucky” from my perspective. I am very fortunate to have the opportunity to type these words right now. I am blessed in myriad ways in every manner that really matters—family, friends, health, food and shelter. But GCode Nutrition exists as the culmination of a lifetime spent chipping away at a dream. When the chance to bring this vision to fruition came to light, my hand was forced. It was written in the stars. I had to jump.  As they say, you have to strike while the iron is hot. What they don’t tell you, is that the iron gets hot by striking it, repeatedly. For years and years. Banging away at something only you can see. Even when you’re tired. Even when you’re scared. Even when you’re frustrated and it feels like it is you against the world. You keep striking. Again and again. And that shit has nothing to do with luck.