The Gospel of “Just Wait”

Other than maybe with a pen in my hand, I can’t say that I was ever a natural talent in any field of which I found myself enthusiastically partaking. Physically, I always had good raw material in terms of genetics.  I was skinny and fast. But I was far from a phenom in anything. Whatever I was going to become proficient at, was going to take work. But I was cool with that.

At about the tender age of twelve, my father instilled a concept in me, one that I have since spoke and written about at great length. What he simply called “paying dues” that I came to understand as “self-actualization”, in more academic nomenclature. The thought that certain men could transform their lives and become what they will, if they were willing to pay an uncommon price by dedicating their entire existence to a personal quest. I was raised a Christian, with eighteen years of Catholic school, taught by the Jesuits in college. But the truth is, self-actualization was my religion. 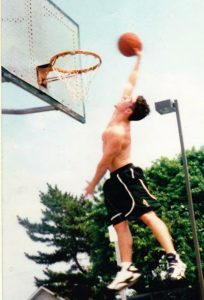 In my teenage years, it was safe to say that I had a bit of a chip on my shoulder. A lot of the time, I’d connect that edge to what I wanted to be but wasn’t… What I wanted to have, but didn’t. But deep inside, I knew, I could have what I want. There were plenty of people ahead of me, in the various disciplines that I entered. Most notably hoops. And then later the iron. Two fields where those who’ve got game will gladly let you know where you stand. It was easy to identify those ahead of me. Those more experienced. Those more advanced. But I never envied any of them. Because I knew something they didn’t know. 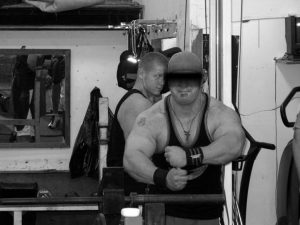 That eventually, they’d peak. Or burn out. Or become apathetic. Or move on. And I would pass them. When they were partying, I was working on my game. When they were resting, I was training. Taking no shortcuts while they were cutting corners. And over time, I would make up that gap. Because I simply wanted it more than they did. I was becoming inevitable. Gaining momentum as they were standing still. I’d see them in front of me, ahead of the pack, and I’d think to myself, “Just wait.”

Several years later, nothing has changed. Surrounded by peers and at times by people higher than me in the social hierarchy, my internal dialogue was the same as on the playground or in the weight room as a kid. I was well aware of the way things were. I understood how those people thought, and how important maintaining the status quo of that class order was. And I also knew inside of me, that it wouldn’t be that way forever. I couldn’t abide it. I wouldn’t allow it.

Making a foray into the arena I am now entering. I am bolstered by this train of thought. Nothing will come easily or happen overnight. I will toil in the shadows and start in the gutter, surrounded by only a few day ones who’ve believed all along. I will struggle and fight for the tiniest victories. But over time, I will establish firm footing. And the first step taken will lead to another, one foot following the other, each one more rapidly than the last. And I will gain speed. And seemingly in the blink of an eye, when no one sees it coming, I will pass them. And never look back. In this phenomenon, I have faith. Just wait.